Posted on Jan 30, 2018 in Exploring Self Outside the Classroom

India is a country that is incredibly rich in culture and heritage and Jodhpur is like a jewel in the crown called Rajasthan. There are fairy-tale palaces, historical forts, colorful festivals and royalty that make Jodhpur different from others. With massive palaces and forts towering over blue houses, Jodhpur becomes more unique and attract tourists from different parts of the planet. 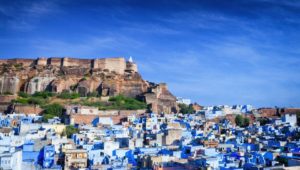 Here are some interesting facts about Jodhpur:

Jodhpur was founded in 1459 by Rao Jodha, the Rathore ruler of the Marwar kingdom. Initially, the city was called Marwar but post Rao Jodha took over the place, it came to be known as Jodhpur. The culture of Marwar can still be seen at the place through business-based community known as Marwari. The Rathores were originally from Kannauj from where they were driven out by Afghans. Later, they managed to settle in Mandore which served as a capital till they moved to Marwar. 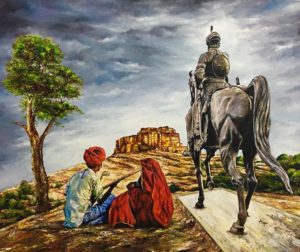 During ancient times, the blue color denoted the caste system. It was used to differentiate a particular caste from others. Color Blue is also associated with Lord Shiva. Many Brahmins, who were followers of Shiva, used the blue color for their houses and tried to portray their superiority over others. But, later every house was painted in the same hue just to give the message of equality. It also helps to keep the houses cool as, during summers, the average temperature of Rajasthan shoots up to 50 degrees. It is believed that the color blue also acts as a natural repellent for mosquitoes and flies but it is still not scientifically proved. 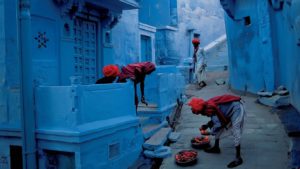 The main attractions of the city include Jaswant Thada, Ghanta Ghar, Mehrangarh Fort, Umaid Bhawan Palace and many beautiful lakes and temples. The Marwar festival and the Nagaur festival are the two most popular festivals in Jodhpur. They show the zealous spirit of locals with a fusion of Rajputanas and Mughals. One of the main attraction that you can see while visiting Jodhpur is that rich vintage collections of handicrafts, textiles and art pieces that reflect the culture of the city. 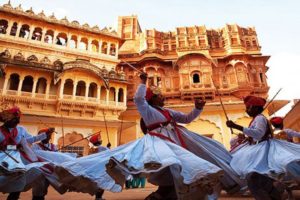 It is one of the largest forts of India. This fort was built in 15th century by Rao Jodha but it is expanded across the land by his descendants over 500 years. Lots of history and legends are attached to this fort. The name Mehrangarh fort came from ‘Mehr’ means Sun and ‘Garh’ means Fort. It is believed that Rathores are the descendants of the sun. The fort is 400 feets above the landscape. 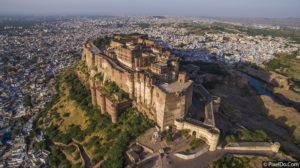 It is said that hermit called Cheeria Nathji, the lord of birds, cursed this land with hot and thirsty fate. This is the reason why some of the residents still believe that they face drought in every three and four years even after so much of rain. It is also believed that Jodha buried a man called Raja Ram Meghwal alive in the foundation to ensure that the site remains auspicious and to remove this curse. 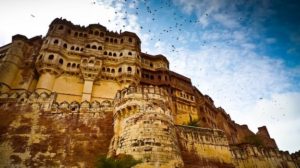 Even after so many years, Jodhpur has not stopped to amaze us with its culture, glorious heritage, forts and their legendary stories. Every person should visit this wonderful place in order to experience incredible India.

EdTerra Edventures conducts various international and domestic programs for the youth. If you go to school and are under 17 years of age, ask your school to contact us to arrange a visit to your school for an introduction to the “Jodhpur” program and other journeys under EdTerra’s Indian Discovery Programs.

For queries call +91-11-48885800 or visit EdTerra Browse Journeys page to know more about the programs we offer to school students.

One Response to 5 Interesting Facts about Jodhpur